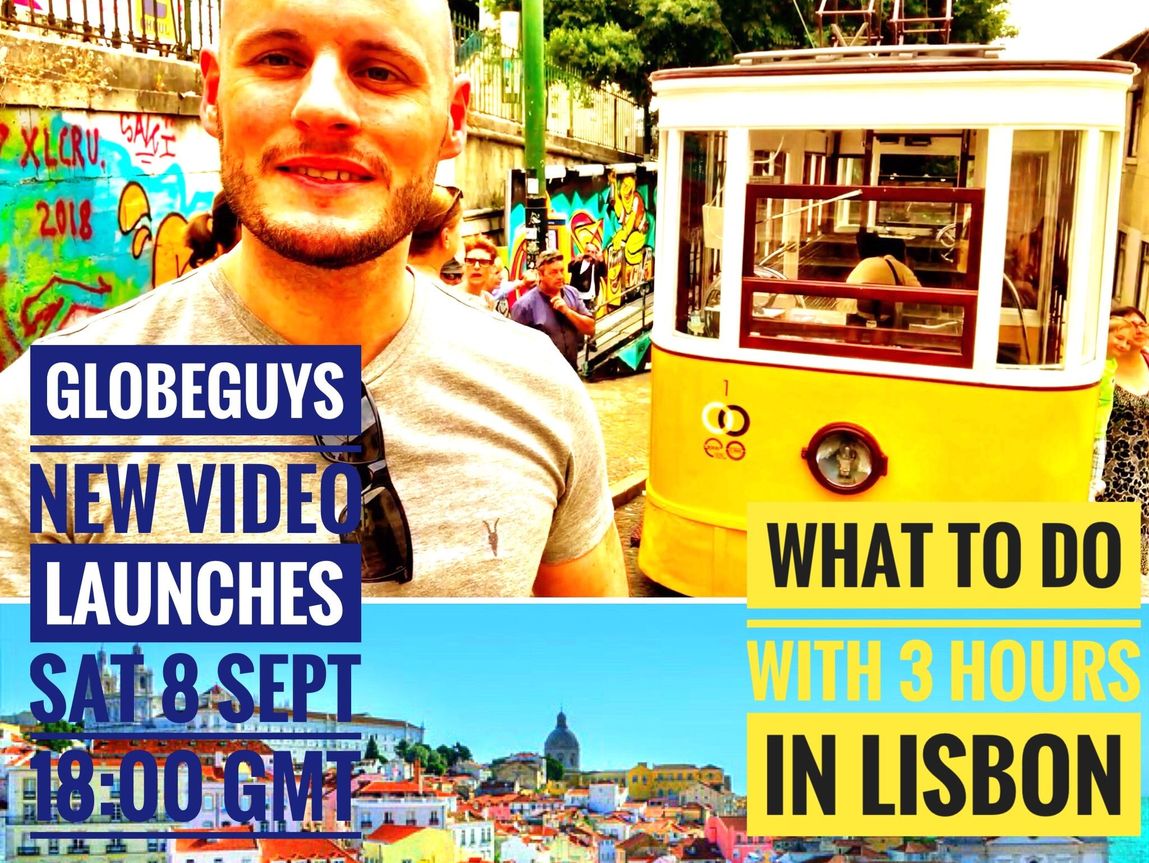 What to do with a few hours in Lisbon

Can you get a feel for a city in just three hours? I (Ryan) recently visited the Portuguese capital, Lisbon, with work and found myself with a few hours to kill. Rather than lounge around in the hotel, that can sometimes feel like the easiest option, donned my walking shoes and went out to explore. Lisbon is one of those Cities that we have all heard of and many would like to visit one day but many would question….. what is there to see there?

In my mind, I had those old fashioned yellow trams that climb the hilly terrain around this City. OK, so that is what I intended to do. Being a bit of a transport geek, that was an obvious choice but the area of the City called Bairro Alto, where you find these trams, afford excellent views of the city together with those quaint cobbled back streets that are synonymous with Southern European cities such as this.

The tram that makes the steep accent is a real treat and a step back in time. It’s amazing how these bone shakers of yesterday have been maintained after all these years. They ooze character and are a must for anyone visiting Lisbon. At the top, you are rewarded with those great views.

As a side, if you are looking for a restaurant that is something a little quirky, Pharmacia is a former hospital that is themed as such. Bed pans included as part of the service and patient charts as your menu!

Next, it was on another tram (spot a trend here) specifically the number 28. I was told to take this up to the castle. Joking aside, these trams are great to just take in the atmosphere of the city. As it trundled up the hill I decided to jump off and walk the rest of the way. By the time I reached the castle it was late afternoon and it wasn’t long before the grounds closed for the day but a walk just a little further took me to a great vantage point where I could see 25 de Abril Bridge in the distance. This is often compared to the Golden Gate bridge in San Francisco because it is a suspension bridge in the same colour. Ironically, it was apparently designed by the same company who built the San Francisco-Oakland bridge but not the Golden Gate!

From here, you will also see another landmark that may remind you of yet another city. The Almada or Christ the King, was inspired by Christ the Redeemer in Rio de Janeiro!

And so with this vista came the end of my very short tour of this beautiful city. I had planned little but still got a flavour of Portugals capital and would definitely make an effort to come back with more spare time and a plan in place.

Anyone have any suggestions of what to do? Take a look at our video and let us know!