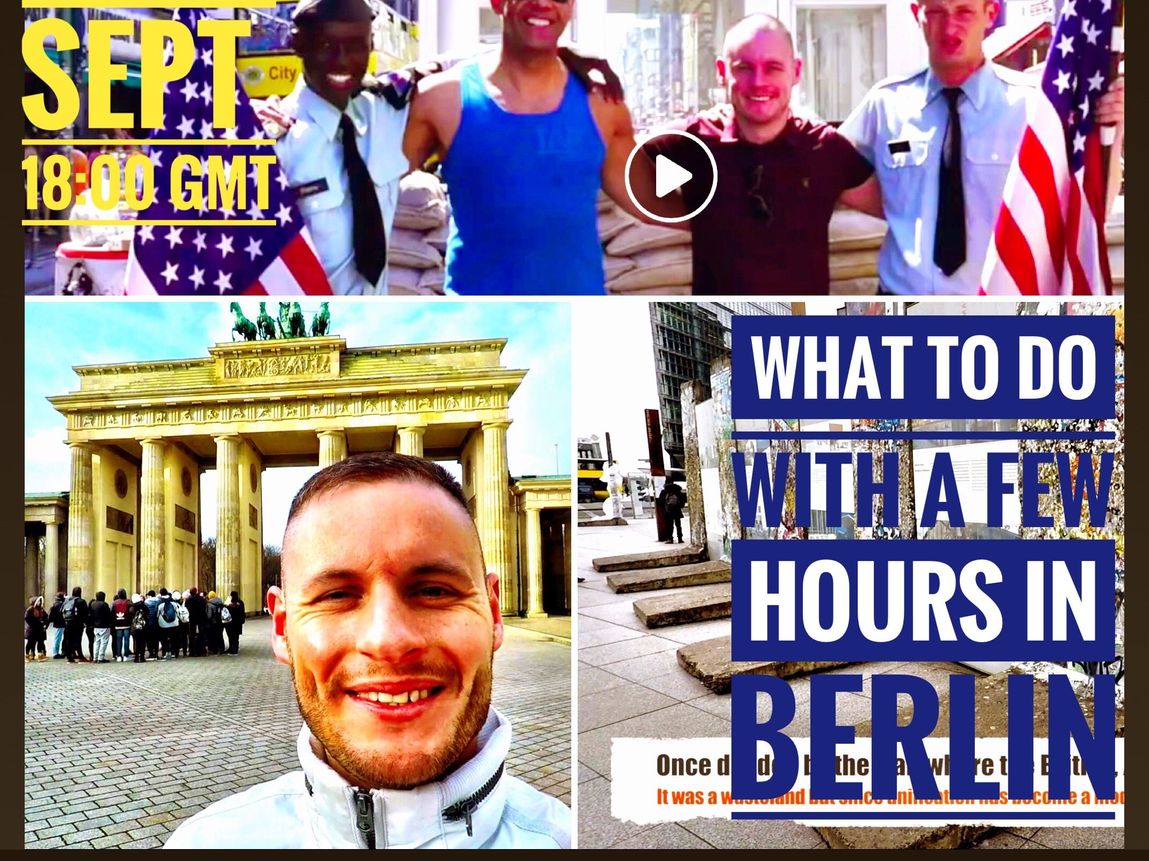 How to spend a few hours in Berlin

I don’t pretend to be particularly interested in the history of all the places we travel to but I do love the history of Berlin. Perhaps thats because I (Ryan) just about remember the Berlin wall falling in 1989. I remember the news reports showing the thousands of East Berliners crossing into the West, for them, a whole new world.

We’ve visited several times and as a Cabin Manager with a major European airline, I fly into and out of the City on a semi regular basis, though all of which are ‘turnarounds’. Thats the term we use for just flying in and out of a destination without actually getting off. But my airline does have a crew base there and recently I was sent to work out of Berlin for a couple of days and with it came a little bit of time to take in a few of the sights.

Brandenburg Gate, was the starting point of the road that went from Berlin to the town of Brandenberg and is such a grand structure that instantly recognisable as being Berlin. Sadly, it became a symbol of division when, in 1946, the Berlin wall was built and cut off the gate to those on both sides. On 9th November 1989, the wall fell and with it thousands of Berliners congregated to celebrate the impending reunification of Germany. Brandenburg Gate is now a symbol of peace and Unity.

There were several crossing points between East & West and the most famous was Checkpoint Charlie. This was a checkpoint between the American and Soviet sectors and today is a tourist attraction with the guardhouse and soldiers on guard. I assume these are not real soldiers but either way, you can pose for photographs with them. The area is also one of the few areas where remnants of the wall still remain. Meanwhile, the Checkpoint Charlie museum charts the history of the wall. You have to pay to enter but there is also a free exhibition called ‘Black Box’ that is a provisional until a Museum about the cold war can be built.

It’s not all about the history though. The German capital has a vibrant night scene and in particular is well known for it’s techno clubs. The gay scene is also particularly good and Berlin, unlike other German Cities, doesn’t have an official closing time which means you can party until the sun comes up!

Why not take a look at our video showing how I spent a few spare hours in this great City!